We were approached in 2014 by the SPA Group to design a new headquarters building. In addition to the challenge of designing for the groups diverse 800-person corporate staff, we were given strict time constraints due to the demolition of the existing offices which were being converted into what is now Yoma Central. The program included: offices for various company divisions, meeting / collaboration spaces, food & beverage outlets, training and development areas, and recreation space (including a gym and outdoor space). The site was to be located along the river in Pun Hlaing Estate.

The site inspired the conceptual planning and site placement. We used the existing landscaped environment of the golf estate and brought it through the building; wrapping the offices around a central courtyard, providing a manicured front lawn and connecting the building to a riverfront promenade which terminated at the water ferry terminal. The ground level was left open to all occupants of the office, housing all the shared functions of the facility. The upper three levels were used for private offices.

The configuration of the office floors allowed for individual identity of the various corporate divisions by creating 3 wings, connected by a “main street” which connected all three to the core of the building. The interiors of the work space provided appropriate amounts of open offices, meeting rooms, and collaboration areas in accordance with the needs of the business.

The façade of the building was designed to express the company’s aspirations in a way that was also tied to the place. We established early on that the façade (because of time and economics) needed to be modular. That said, we decided to express the connection to the site in the solid spandrel portion of the unitized wall system. Here we created two layers: one solid back panel of green relating to the surrounding environment and one dynamic and shaped form which mimics the surface of the river. The result is a façade that changes with the light and position of the viewer. 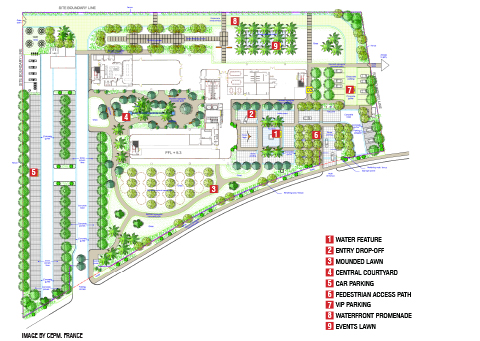 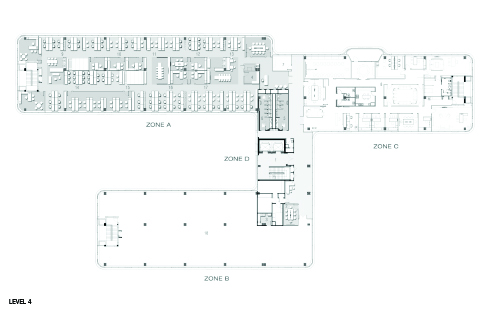 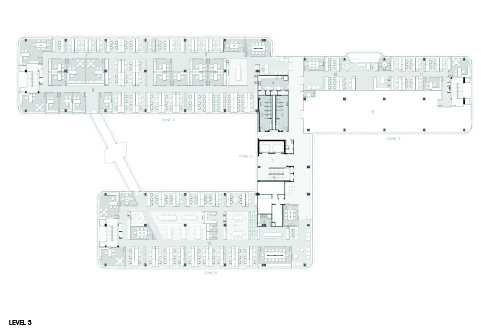 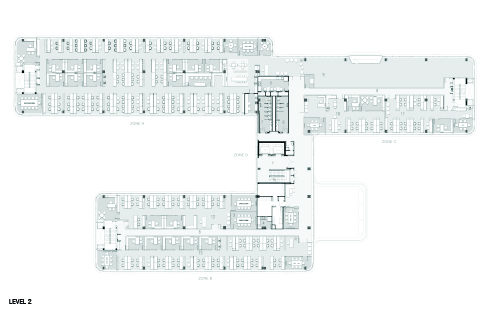 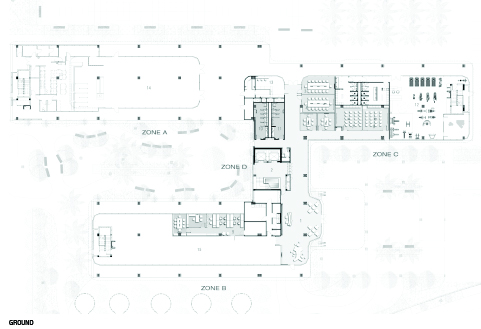 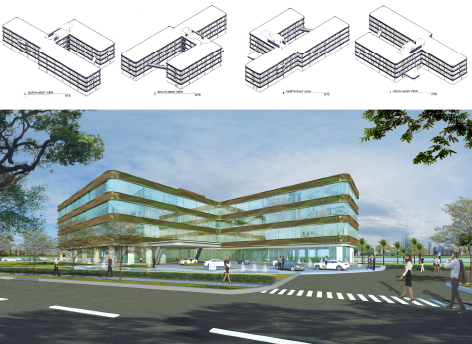 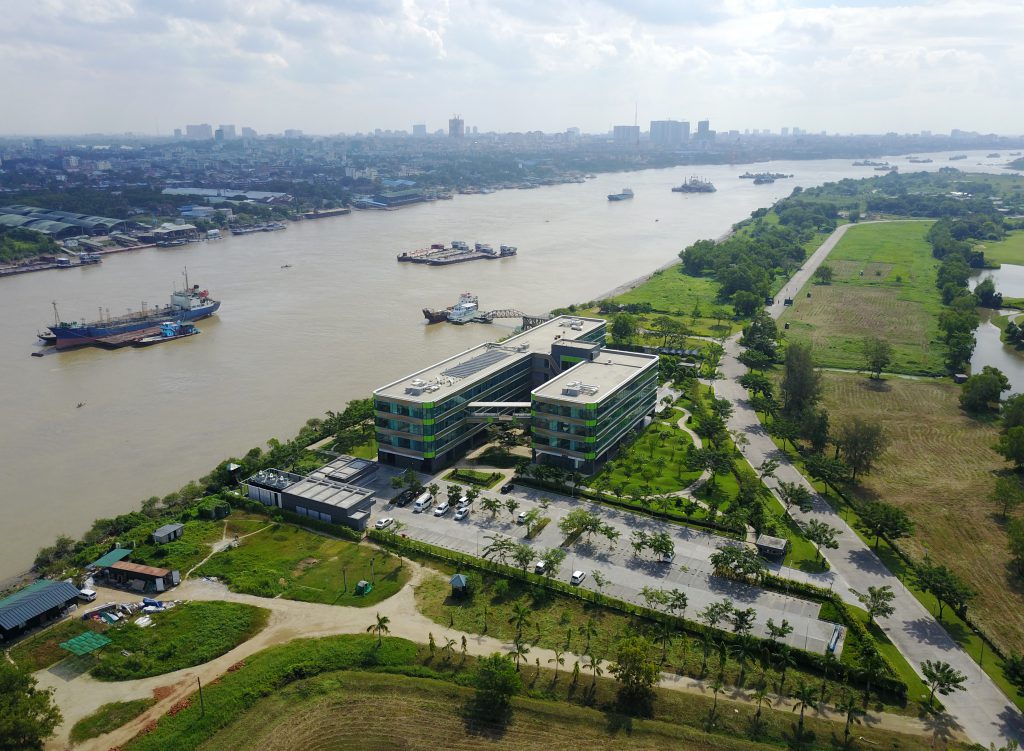 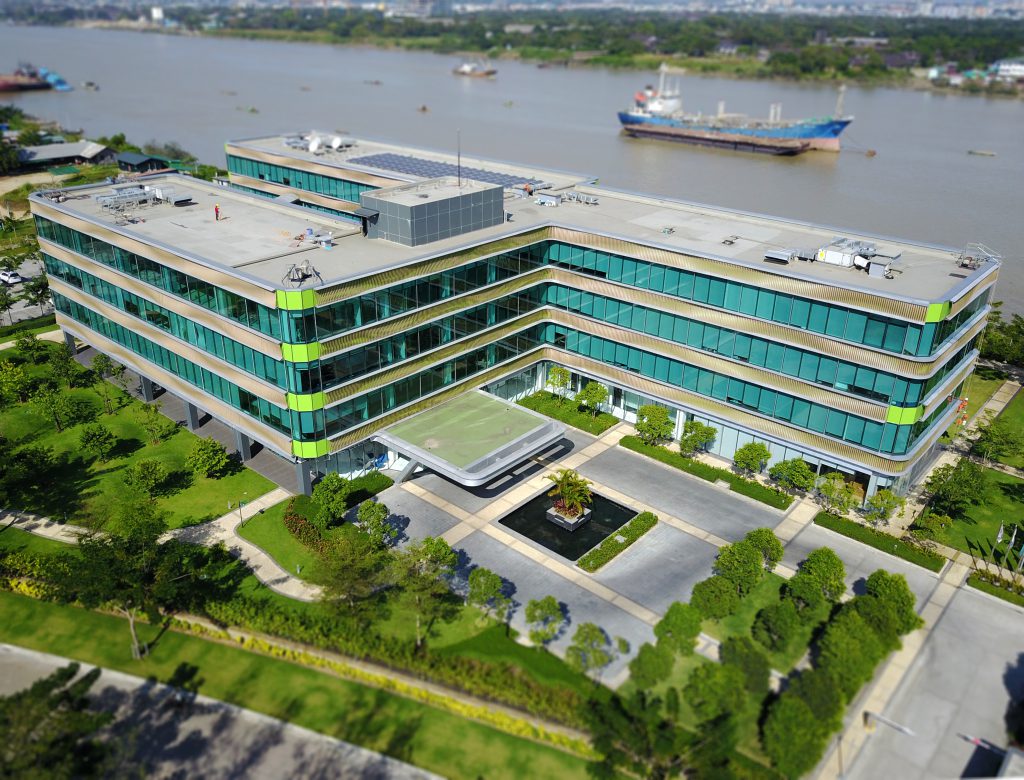 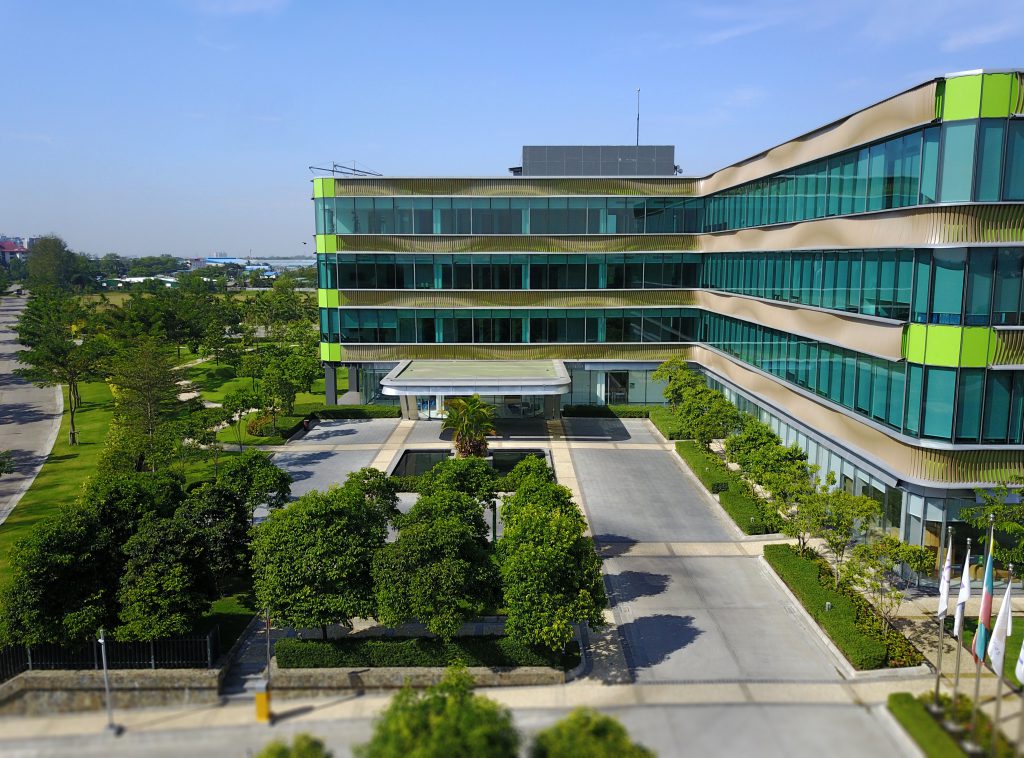 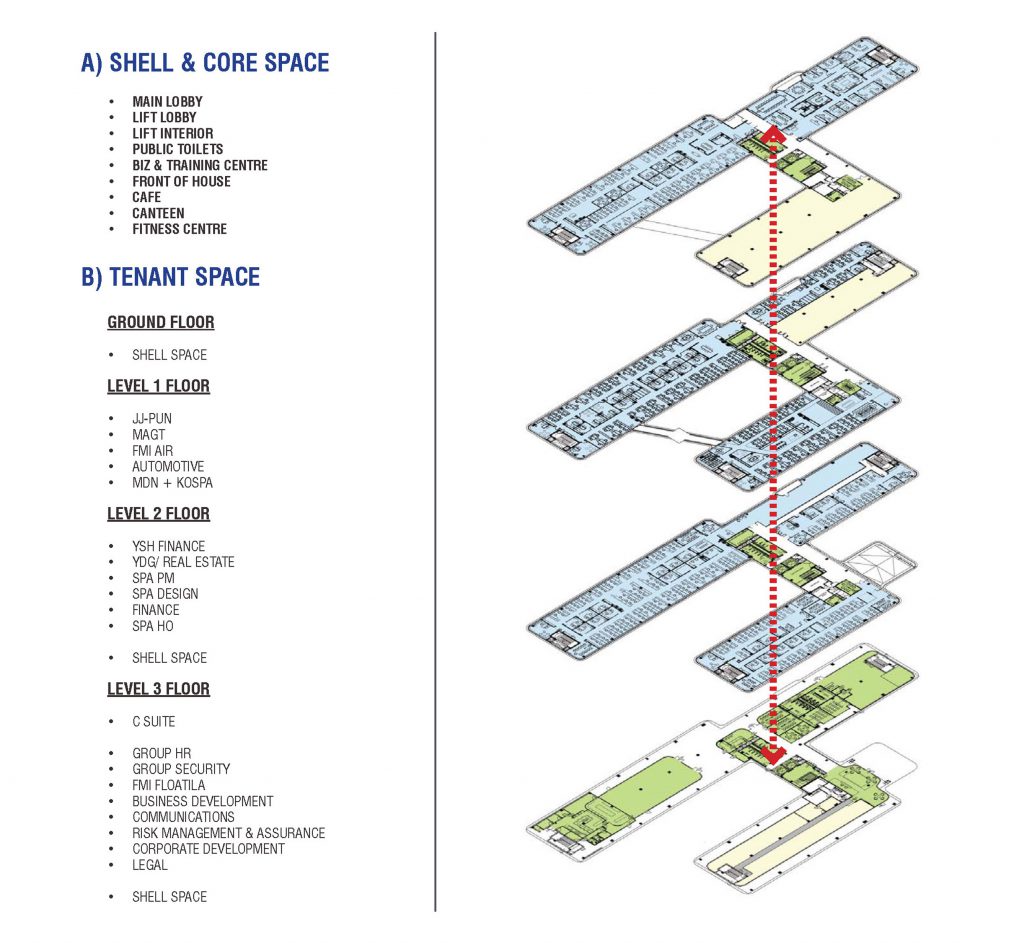 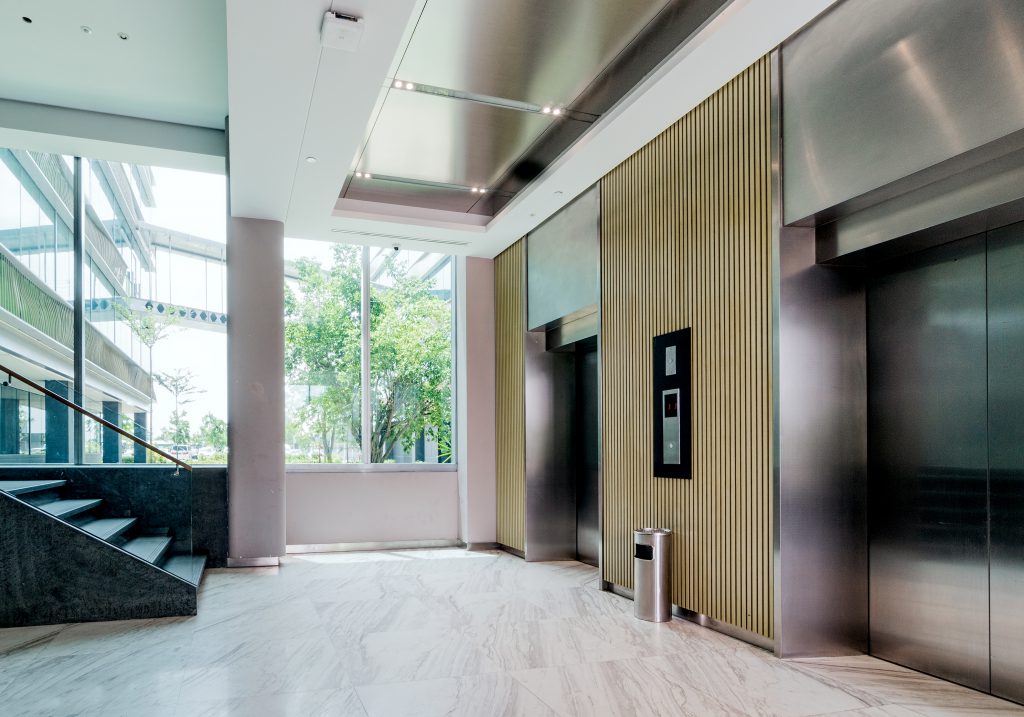 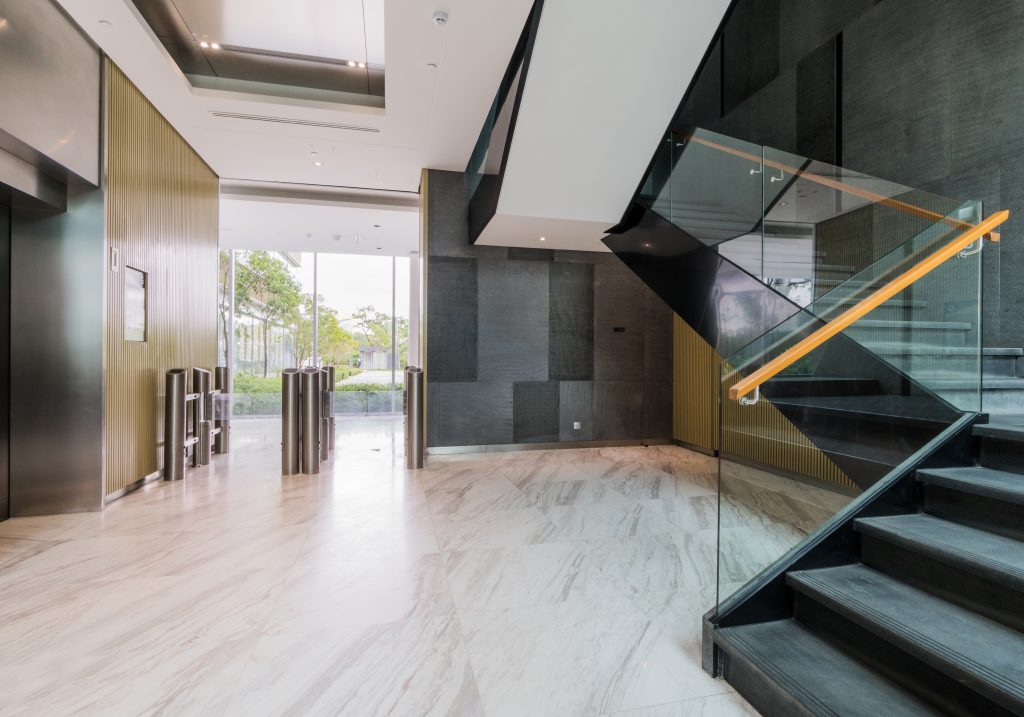 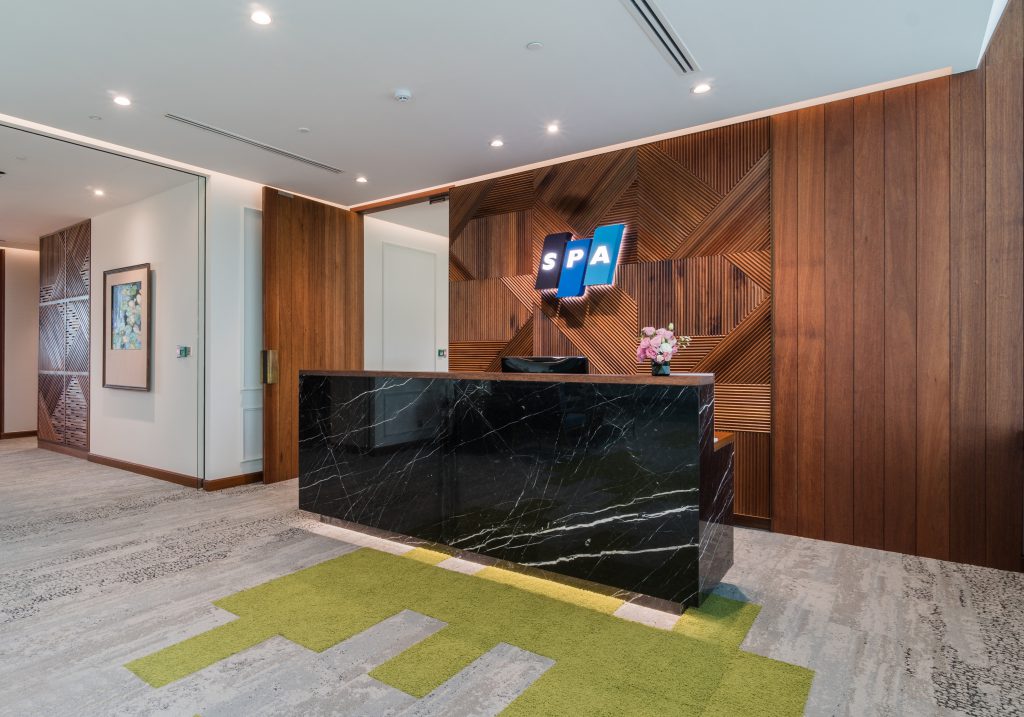 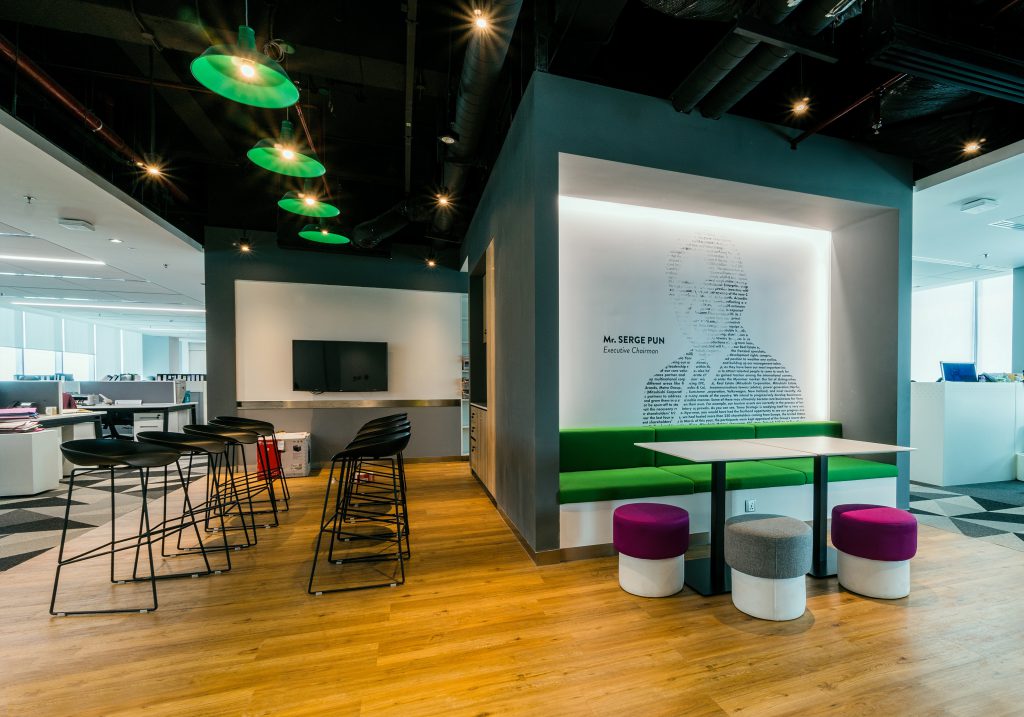 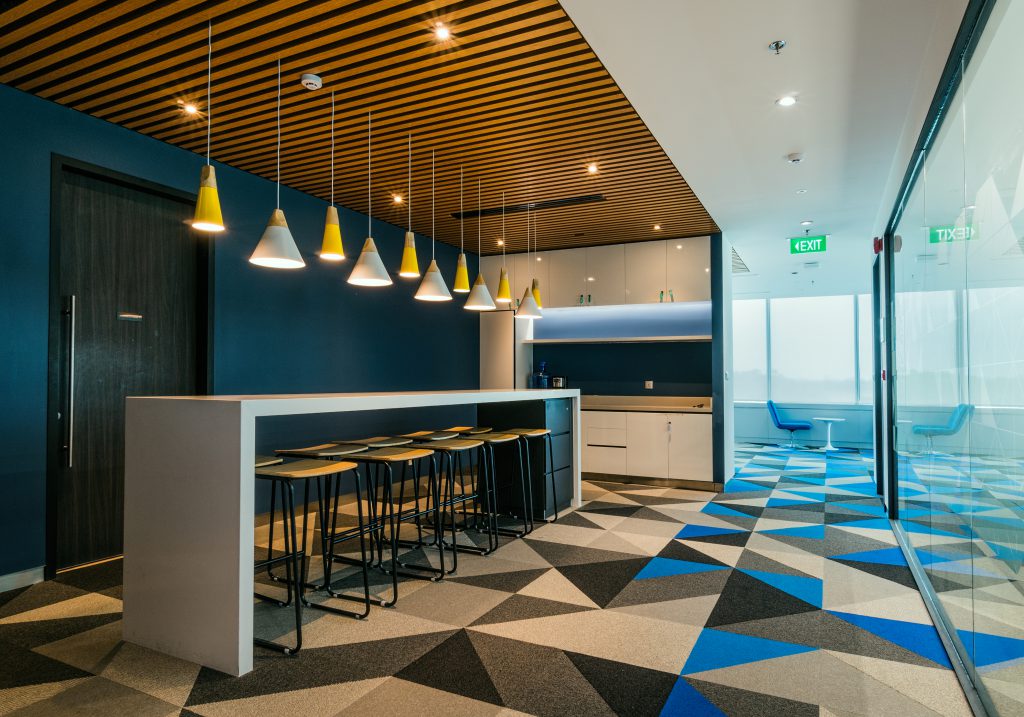 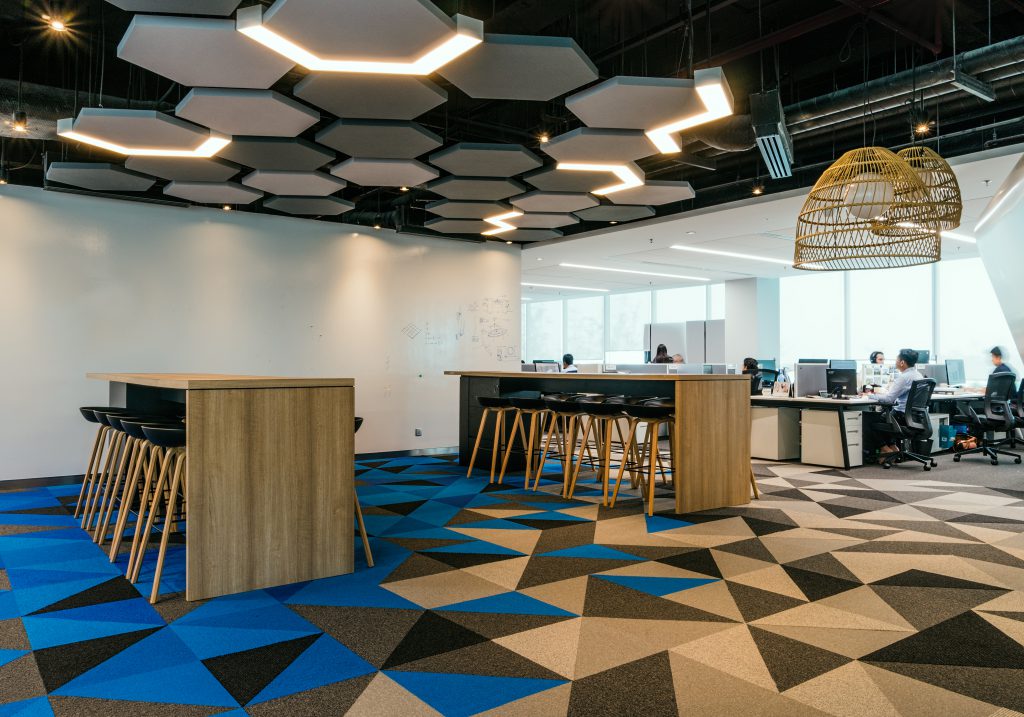 Please active sidebar widget or disable it from theme option.